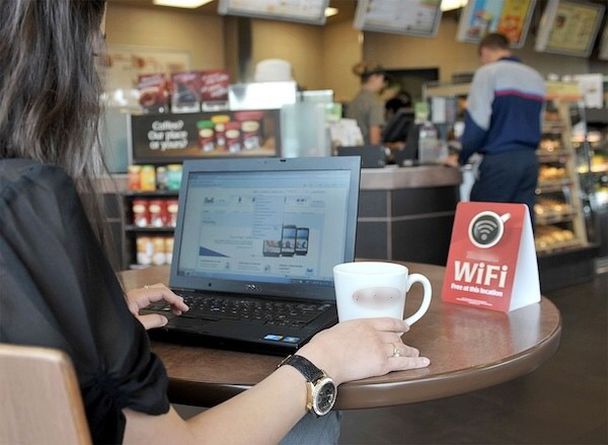 Recently, the availability and abundance of Internet resources has formed a steady trend towards a new model and culture of consumption. Since the rhythm of life of a modern person is quite saturated and spending time on “shopping” seems to be not such a reasonable decision, online advertising introduces new knowledge and ideas into the minds of people (consumers) about ways to improve and simplify their lives, save time on trips to the store to select goods.

The relevance of the topic in the light of recent events taking place not only in UAE, but also in the world is becoming increasingly meaningful. Take, for example, the events associated with the start of the pandemic in 2020. Society, and more specifically consumers, were forced to look for new ways to meet their daily needs. And, of course, the shifting corner of life with restrictions forced manufacturers and consumers to very actively develop Internet resources to achieve their goals. In other words, we can say that the target audience has rapidly moved to Internet resources, and, thanks to Internet and Wi-Fi advertising, which can use all channels of perception of potential consumers, manufacturers have received additional opportunities to influence consumer behavior.

There are various ways to inform users on the Internet that influence consumer behavior. For example, there are such types of Internet and Wi-Fi advertising:

Text advertising is a type of advertising on the Internet, which is text advertisements with hyperlinks that link to the source of the target audience, in which the content of the site pages looks like its main part.

Teaser advertising is a type of Internet and Wi-Fi advertising that combines some features of media, text and contextual advertising, which is a short-term advertisement with attractive text and images that contain a small amount of information about the product, referring to the source of targeted advertising. Teaser advertising has a lot of opportunities to attract an audience, compared to other types of advertising, because it affects the natural curiosity of a person.

Spam is a type of Internet advertising, which is a mass mailing of advertising messages, most often by e-mail. Currently, the laws of many countries provide for various types of liability for such distribution.

Majority of consumers today use the Internet daily and willingly turn to it for information about goods and services. According to a study by a company specializing in market and consumer relations “Average daily internet reach in UAE from May to July 2021, by device”, which took place from May to July 2021, 8.7 million UAE people access the Internet from their phone daily and are there, an average of 6 hours.

To some extent, the impetus for the promotion of advertising on the Internet and its special impact on the consumer was played by the pandemic. Almost all spheres of people’s life have moved to the Internet resources and thus, the consumer has become more familiar with being in the digital environment and was forced to explore new sites.

The volume of Internet and Wi-Fi advertising determined all the remaining segments – outdoor advertising, Wi-Fi Advertising, advertising on television, radio and in the press – and took up more than 50% of the entire advertising budget.

A modern person is aware of all traditional marketing tools, skeptical of the inventions of advertisers. Our consciousness has developed the ability to filter external stimuli that are not related to actual needs and our interests. It becomes almost impossible to capture the attention of a person in a stream of constantly updated information. Currently, there are many forms of consumer behavior, each of which has its own characteristics. Let’s consider them in more detail:

The Rebel consumer purchases goods or services in order to express their disagreement with something. Basically, they include young people, possibly belonging to some subcultures. The consumer-actualizer believes that purchases should be made based on the image of a successful person (leader). The main purpose of acquisitions in this case is to maintain the image, the possession of a special taste. The Achieving Consumer is a successful buyer focused on building a career, image and a high level of income.

Self-fulfilling consumers include mature buyers who are completely satisfied with their lives and have a high level of income. In the process of making a consumer decision, they pay great attention to the value and durability of goods. The consumer-maker is a self-sufficient and practical person with a fairly high income, but they buy only those things that are practical and necessary for them at the moment.

When making purchasing decisions, the middle and older generations are mostly guided by the fashion for a healthy lifestyle when looking for information about health, cosmetics and food, and also prefer products that can last longer. The older generation is more skeptical and, in contrast to the younger generation of complete optimism, more pessimistic. This is due to the vast advertising experience and knowledge of the older generation, as well as the inherent conservatism of this generation.

The experimental consumer is constantly looking for variety. These include young and highly impulsive people who spend most of their income on entertainment, experiences, food and clothing. Those consumers who seek approval from others for their actions are insecure people. Such consumers are dependent on the attitude of others towards them, they want to look expensive and stylish, but they cannot afford it and often buy fakes for expensive brands. The surviving consumer is characterized by low income and poor education.

Advertising on the Internet and Wi-Fi is a relatively inexpensive and interactive medium that is very popular with companies. After all, by launching advertising companies in the digital environment, organizations reduce production, transaction and advertising costs. The rapid development in the world of social networks, wireless and digital technologies is forcing advertisers to look for new ways to influence the minds and behavior of users. For example, there is a partnership with bloggers or influencers to improve product sales.

Social networks hold a lot of power, because the consumer trusts the images and written reviews more than the descriptions recommended by online stores. Businesses constantly have to encourage consumers to leave reviews and learn how to respond to unwanted reviews. Moreover, by relying and focusing on consumer trends and opinions and taking their complaints into account, the firm creates in consumers the feeling that it adapts to their desires, and this contributes to the formation of loyalty. An important aspect of the influence of advertising on consumer behavior is the impact on the human consciousness and subconscious.

Color plays an important role in cognitive and emotional perception. It is believed that the human eye can distinguish up to two hundred thousand shades of colors, and the vast majority of these shades we can’t even find names for. Moreover, the information that this color variety carries in itself remains in the subconscious, and it cannot be neglected. The choice of colors and shades of inscriptions, logos is an important part of advertising promotion.

As a result, advertising acts on the consumer in such a way that it forces him to analyze and investigate the offers and sources of the advertisement, and also convinces him to fulfill the wishes of the seller.

Thus, behavioral reactions to various types of advertising on the Internet and Wi-Fi differ significantly depending on the life cycle, emotional state, type of activity and environment of a person. The further actions of the consumer depend on what method of conveying information in advertising the manufacturer chooses. And the consumer, in turn, pays attention to catchy, short texts and logos, as well as an obligatory component to attract the user’s attention is the image. To achieve this effect, you need to pay special attention to the design and color scheme.